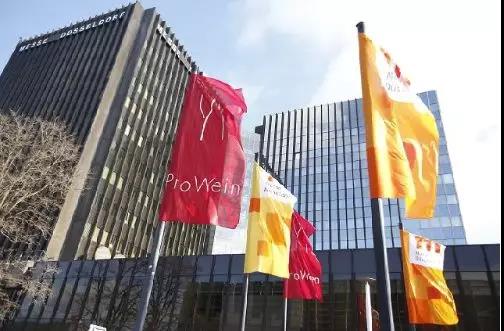 There’s a new addition coming to the ProWein World family. Alongside existing events in Düsseldorf, Shanghai, Singapore and Hong Kong, Messe Düsseldorf is now launching a new trade fair tailored specifically to the Latin American market: ProWine in São Paulo. As with all other brands under the ProWein umbrella, this new must-attend event is strictly reserved for trade visitors and is intended as a hub for the entire Latin American realm. Partners for the new ProWine in São Paulo include Emme Brasil, Messe Düsseldorf's representative in Brazil, and Inner Group, publisher of the well-regarded wine trade magazine Adega. Erhard Wienkamp, Managing Director at Messe Düsseldorf GmbH, sees strong promise in Brazil for a professional B2B trade fair, "made by ProWein”: "The Latin American market is really ready for a trade fair like ProWein. In Emme and Inner Group, we have two highly competent partners who know the market inside and out and have a strong, established network."

ProWine in São Paulo will open its doors for the first time on 20 – 22 October 2020 at the Transamerica Expo Center. It takes up the mantle from Provino, organized by the partners Emme Brasil and Inner Group, and held in October 2019 in São Paulo. Nearly 2,600 visitors from retail and gastronomy, over 100 journalists and more than 200 brands ultimately attended. For the organizers, the event was a clear success: "The positive feedback from Provino demonstrates the huge demand for Brazil to host a professional trade fair of its own," Malu Sevieri, General Manager at Emme, noted.

Christian Burgos, CEO and publisher at Inner Group, also believes recent market trends point towards future success: "Brazilians have been showing ever-increasing interest in wine. The nation's producers have already done a lot of work to expand their vineyards, but at this point they are still unable to satisfy the country's domestic demand. Little wonder then that countries such as Portugal, Spain and France, as well as South American neighbors such as Chile and Argentina, have worked hard to position themselves to claim a share of this promising market."

Roughly 100 international wine and spirits producers are anticipated at the first ProWine in São Paulo. An initial wave of registrations has already rolled in, including from large importers such as World Wine, La Pastina, Cantu, as well as Wines of Argentina and Vinhos do Tejo from Portugal. A large program of seminars will also complement the presentation of wines and spirits.

Share the news to:
Previous:The World's Largest Order and Networking Platform for the Wine and Spirits Industry Next:ProWein 2020 sets the Trends in the International Spirits and Craft Beer Community